For a couple of years now, SoftwareDevTools has been helping distributed teams adopt Agile, and we've worked with a lot of teams. We've built tools to improve the results of a few Agile ceremonies (Estimation sessions, Agile Retrospectives, Daily stand-up meeting updates). During this time we have talked to Developers, Scrum Masters, Testers, Product Owners, & Managers; beginners, experts, remote and co-located teams; went to several events and talked to some Agile personalities to share perspectives and thoughts.
We have come to a realization about Agile Retrospectives:

What is business value in agile 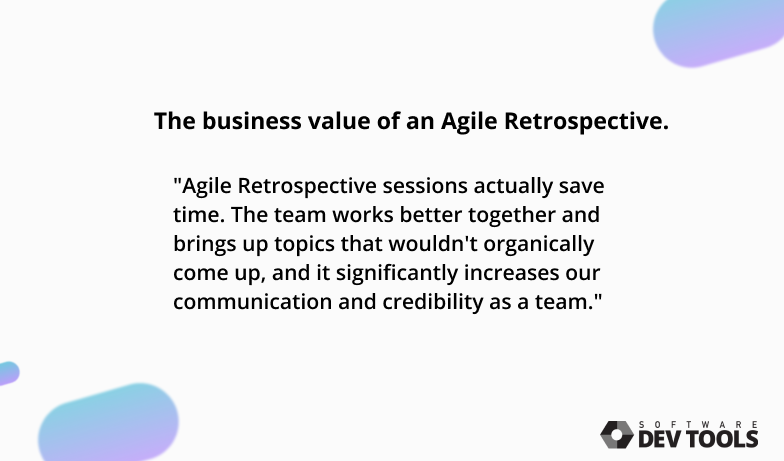 Managers usually have problems understanding why retrospectives have to be held so often, instead of holding just one Post-Mortem meeting when the project is concluded. And also, why the whole team stops everything they're working on for a couple of hours of playing with post-its and when they could actually be building something of value?

What Agile coaches around the world try to communicate, is that the retrospective is the key to your team’s continuous improvement in the long term. Without a retrospective at the end of every sprint, Agile wouldn't be the same. Issues wouldn't be fixed before them becoming a snow-ball. And you definitely would be missing out on the long-term benefits of Agile culture.

Sometimes, retrospectives are being done to comply with the requisite, rather than looking to establish a continuous improvement process. That’s when “retrospective fatigue” kicks in and you need to deal with reluctance towards Retrospectives. That’s quickly followed by comments, like, “What's the point? Nothing is going to change anyway.” That's definitely a red flag.

It's really a shame for this to happen because Retrospectives are the only Agile ceremony on the road to continuous improvement. I like this definition:

"The retrospective is a chance to know the collective history from everyone involved in the project with the purpose of mining the experience so far to gain wisdom."

Let's start with the obvious:

You may be stuck thinking: All of my team not producing for a couple of hours per month? Well, take these hours as an investment to make future hours a bit more efficient. Also, take in consideration that this is done in between sprints, so really you can expect the team to have a light workload on these days (generally). Here's what you spend:

If you have a remote team or a large number of team members, you'll notice you waste a lot of time just getting everyone ready and in sync. And in Agile, as in life Time is Money. So, by using an Atlassian app for your existing Jira or Confluence platform where your team already does much of their work, you'll be saving precious time, and it really adds up:

Think about what you'll do with all that money: 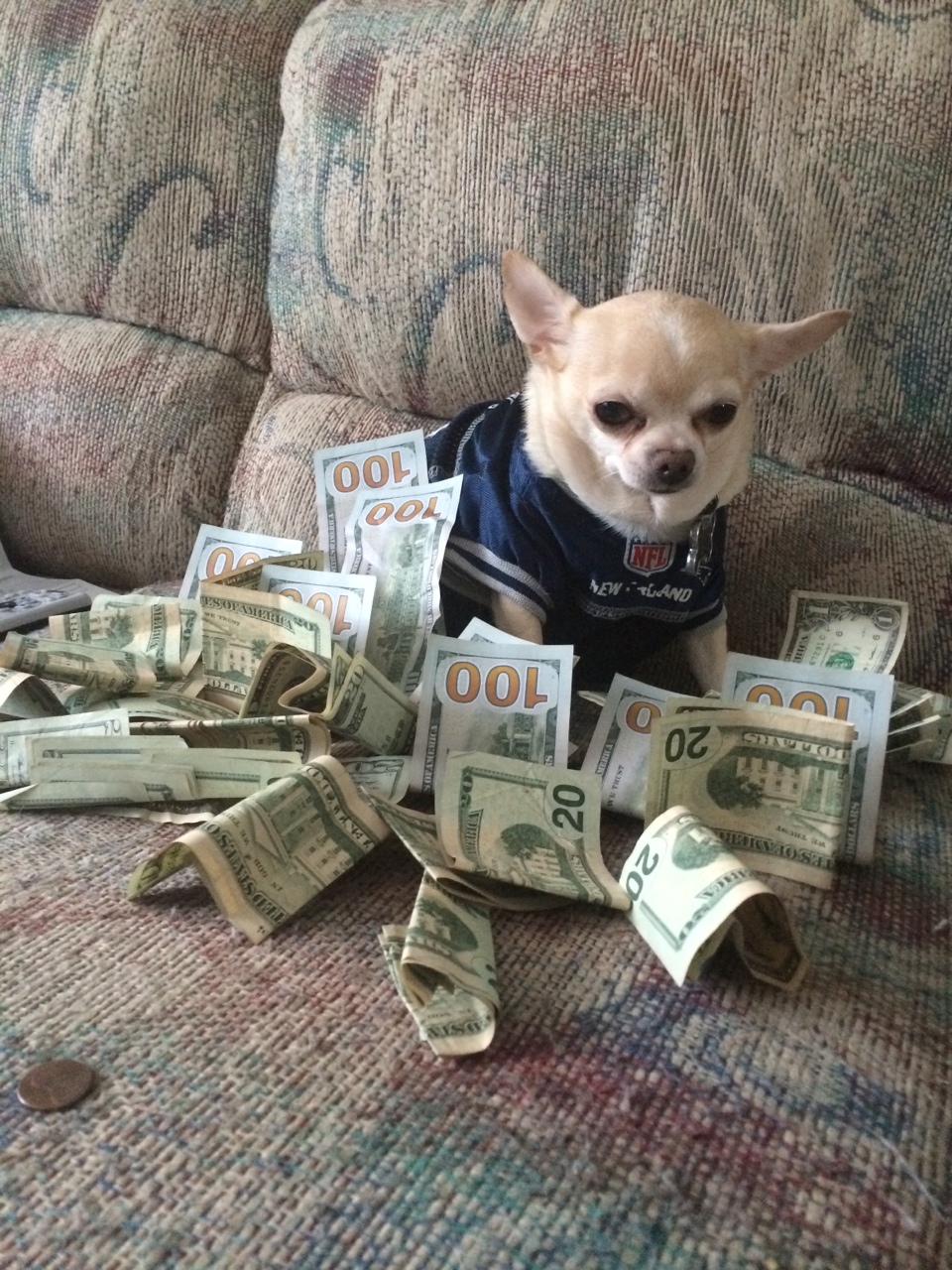 Just Kiddin', we know it's all going back to the project, one way or another. But it makes your Agile practice a lot more efficient.

To learn from our mistakes, we must stop and make a conscious and organized effort to reflect on what has happened.

Retrospectives allow teams to grow professionally (and even personally) and to avoid making the same mistakes in the future. Even during the sprint.
Once Retrospectives sessions become a ritual, it installs a Continuous improvement cycle for that team, that can, and should, be embedded in the company's culture. Results will come soon after. You should try having Agile Retrospectives, even the team is not tech related.

Agile Retrospectives have a positive impact on the value delivered to your clients. By reflecting on previous errors or possible improvements, you'll notice your team eventually will be able to do more with their time (did anybody say '$$$$'??). They will also figure out the most efficient way to deliver the best value to their customers. A team would never do that if they were traditionally managed.

One of the nicest things about retrospectives (in my opinion) is the chance that they give teams to own their decisions. Your teams will get better over time because THEY are making the observations, instead of an outsider. Not only will they be making observations on time-saving practices as your management team would never do, because of their role, but the team also takes THEIR observations more seriously than 'whatever management said'.

Teams own their decisions and their actions, creating a fantastic feeling of empowerment.

Agile Retrospectives are a great team-building activity. Either for newly formed teams in order to break the ice or to create a stronger bond in teams that have been working together. Sometimes when working as a team, things get rough, and it’s difficult to set them back on track. A retrospective might just be the activity you need to bring the team together. There are some appreciation exercises that are ideal for this.

Agile Retrospectives are a Morale booster:

Retrospectives shouldn't be boring; they are the perfect scenario for relaxing a bit and have some fun while you are working. During a Retrospective session, the team should feel safe and comfortable, allowing them to talk freely about their frustrations.

One of the first things we mentioned in this article was the importance retrospectives have to the members of a team, which led us to create our Agile Retrospectives tool. For a company, it's crucial that Management understands this just as well, which is something Ken Schwaber, co-developer of the Scrum framework, agreed with when he wrote the following statement in "Agile Retrospectives: Making Good Teams Great":

A non-technical project typically provides no break to reflect on the work being done. The natural rhythm of the iterative delivery of software in Agile projects provides such a breakpoint. These are chances for the team to improve what it is doing and how they feel about what they are doing. What an opportunity!

The value of Agile Retrospectives lies not only in the result of constant improvement but everything that happens in between. We'd like to close with what Diana Larsen, the co-creator of the Agile Fluency model, wrote in her book "Agile Retrospectives: Making Good Teams Great":

Retrospectives focus not only on the development process but on the team and team issues. And team issues are as challenging as technical issues—if not more so.

The company should be on-board and involved with the Agile Retrospectives results.

Although Management is not involved, we need complete support from them to really get the most out of Agile Retrospectives. There's no point of having a retrospective if the results are going to be dismissed, or if there's simply no improvement. Just as there's no point in adopting Agile methodologies expecting an improvement in every metric after just two weeks.

Some teams may not be comfortable sharing with management EVERYTHING that comes up on a Retrospective, but it helps that the team shares the resulting action items and their owner company-wide. This has the added benefit of giving you more transparency and accountability with the results of the Retrospective. Most of the time action items are not worked on because they are simply dismissed, or not visible. Agile Retrospectives for Confluence is a nice option for this.

Trying to improve your #Agile practices? OR are you getting started with distributed agile development? In a remote team? Check out our products for Agile teams at SoftwareDevTools. We focus on making agile ceremonies more effective and easier to adopt for remote teams.